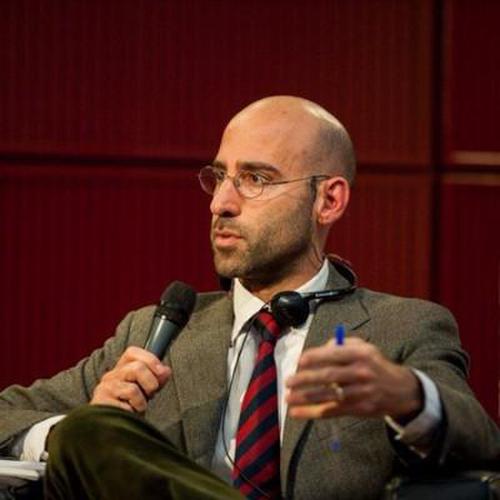 Sessions covered by this speaker

Deep-dive 8: Due diligence and supply chains in focus: can investors drive transparency and change where it’s needed?

Based in Brussels, Ariel Brunner is the Senior Head of Policy and Acting Director of environmental NGO BirdLife Europe and Central Asia. He coordinates work on a wide range of policies ranging from nature and biodiversity conservation, to climate and energy, fisheries and agriculture. He is currently a member of the EU Platform on Sustainable Finances.

Over the last decade he has been deeply involved in debates on reform of the Common Agriculture Policy and is widely recognised as a prominent expert on the environmental impacts of EU farm policies. He has chaired DG Agriculture’s Advisory Group on Agriculture and Environment and has been a member of its Expert group on Public Goods, and of the European Commission’s High level steering group on the European Innovation Partnership on agriculture.

In recent years, he has played a leading role in advocacy around the European Green Deal and Biodiversity Strategy. He has been very active in debates over the sustainability of renewable energy and in particular of bioenergy, where he has been one of the pioneers in criticising EU support to biofuels. He has been involved in numerous studies, policy developments and political processes linked to the EU Renewable energy Directives, the sustainability criteria for biofuels, the Indirect Land Use Change controversy etc.

Born in Israel, he holds an M.Sc. in Environmental Sciences at Milan University.

We use cookies This website (and some of its third-party tools) use cookies. These are important as they allow us to deliver an exceptional experience whilst browsing the site.

By clicking 'Accept', you agree to the use of cookies. To learn more see our Privacy Statement.